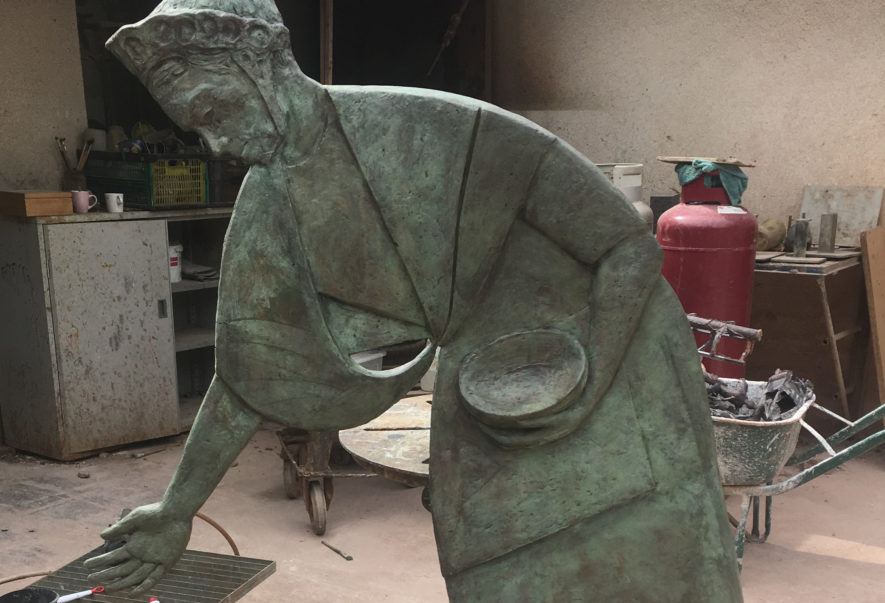 During the restoration of 'Het Duivenvrouwtje' the work was given a new patina layer at bronze foundry Custers, this is a process that ensures that all bronze is given the same color.

Although 'pigeon females' are of all times, two of them have achieved legendary status in Rotterdam. Both were also immortalized in a work of art. Read the story about the pigeon females of Rotterdam here, or take a look at the restored ones yourself Pigeon female by Adri Blok, which recently adorns a facade on the Meent.

Who was the pigeon lady anyway?
That was the widow Petronella Hoendert. She lived around 1900 on the Grote Kerkplein. With her black cap over her gray hair and her highly closed black dress, she was a smart appearance. She fed the pigeons daily under the Laurenskerk. Her motives were inspired by pure godliness: "I would not accept a cent from the church. In that feeding I see the ordinance of God. I have to do it, otherwise I will not be responsible '. Every week she bought corn kernels for six guilders, because 'that's how I buy the peace of my heart'. Chronicle writers also noticed her: 'There came the pigeon woman, who scooped corn out of her primitive carpenter's cart on pram wheels, let her little eyes wander investigating the roofs of the church and the high tower holes, to sprinkle it. Under the murmur of flapping wings, countless gray, white and gold bronze pigeons landed, surrounded by hundreds of twinkling circles. They tripped perkily with the red paws around, crawling together, sometimes fluttering, then flapping their wings again, while they greedily snatched the grains away. In 1962, the Queen Wilhelmina Breeding School celebrated the 50 anniversary. One of the gifts was a bronze facade of Petronella Hoendert, The Donion woman, made by Adri Blok.

But there was still a female pigeon?
Yes, there was another well-known pigeon lady. Trijntje van Ham started in 1910 with feeding the wild pigeons on the Grote Kerkplein. She will have often met Petronella Hoendert here. Every day Trijntje also visited the grain offices with a self-built cart to buy grain or obtain it for free. She not only had compassion for the pigeons, but also stray dogs and cats got her attention. She was considered a strange person: children jeered at her and the windows of her house on Van Alkemadeplein were smashed several times. In 1938 the city authorities forbade the pigeon females to feed the birds any longer, because the droppings of the birds would damage buildings and monuments. During the bombing of 14 in May 1940, Trijntje barely managed to escape the blaze, but her house unfortunately did not escape the inferno. During the war years, she was involved in catching feral cats. After the liberation she started a new feed offensive, which now also included ducks and swans. Times have now changed: Trijntje could count on sympathy from now on and was now praised as an animal protector. In 1961 singer Tante Riet (to music by Johnny Hoes) brought the song The pigeon lady of Rotterdam from. 30.000 copies of the gramophone record were sold. A year later, Trijntje died at the age of 92. Sculptor Johan van Berkel immortalized her in one of his façade images on the Minervahuis on the Meent.

Adri Bloks Pigeon female
Sculptor Adriana Cornelia Blok (Rotterdam, 1919-1990) was born in Charlois and received her education at the art academy. She was one of the first Dutch sculptors to make concrete reliefs. Many female sculptors have been active in Rotterdam since the 1950 years, such as Hank Hans, Nel Klaassen, Joeki Simak, Margot Zanstra and Loeki Metz. Adri Blok made a series of images for Rotterdam, including the Drum bearing on the Lijnbaan and the image of Koos Speenhoff on the Oude Binnenweg. For the Queen Wilhelmina Breeding School, Blok paid tribute to Petronella Hoendert, the pigeon woman, who trudged through the streets around the school building for decades with her corn cart.

But after the demolition of the school, to make way for the new construction around the Laurenskerk, the facade was lost. Rotterdammers, newspapers and finally also city council members were increasingly wondering where the image had gone. Recently found BKOR the image back, somewhere in a shed of the municipality, wrapped in a thick layer of plastic. The "female" was completely restored and the pigeons, which had really disappeared, were cast in bronze again. In short, The Pigeon Woman could return to the city.

But where?
The work should then actually return to the Binnenrotte / Oppert area. Entrepreneur and property owner Robin von Weiler, better known as "Mr. Meent ', one of his buildings on the Meent offered as a carrier for The Pigeon Woman, namely the corner Oppert / Meent, above restaurant Napoli. Here the façade will get a second life and the 'woman' can cast her gaze on the Laurenskerk again. 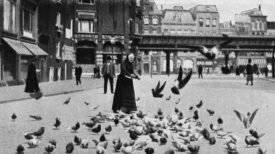 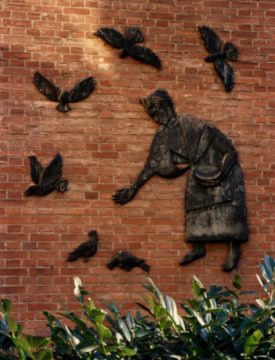 The relief as it used to be at the nursery school 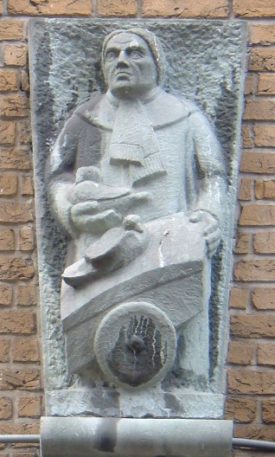 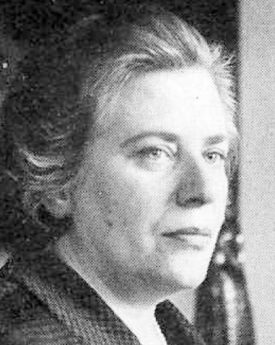 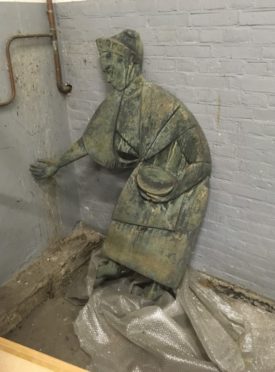 This is how Het Duivenvrouwtje was found 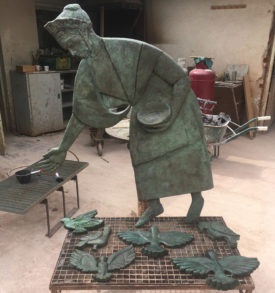 The Pigeon Woman The Pigeon woman is back! Read the story about the pigeon females of Rotterdam here, or take a look yourself at the restored Pigeon lady of Adri Blok
Limitless Rotterdammers How do you make a new place your home and how do you become a Rotterdammer in a city with 170 nationalities? Dore van Duivenbode gata looking for the answers.