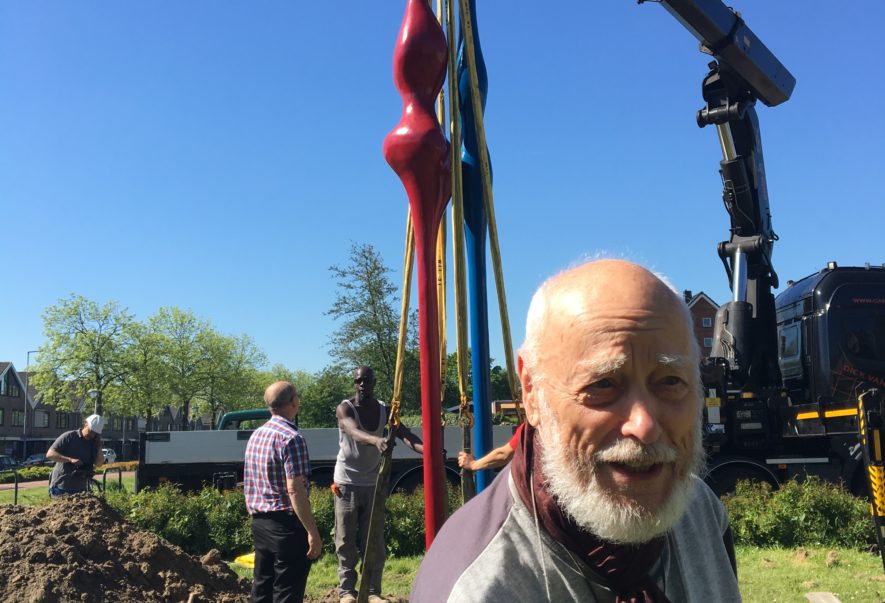 In 1973 the sculpture Groelenielementen van Leen Droppert was placed at the Mavo on the Nachtegaallaan in Rozenburg. After the school was demolished, the statue was stored in a depot of the municipality for a number of years. In 2016 the statue was still on display in the temporary sculpture park Uproot Rotterdam in the Museumpark.

Together with the area committee and some Rozenburg citizens, CBK Rotterdam ensured that the statue could eventually return to Rozenburg. The unveiled image will be unveiled on 23 May, at 16: 00 hours on the corner of the Nachtegaallaan-Meeuwensingel in Rozenburg, thanks to the Rozenburg Culture Scout.