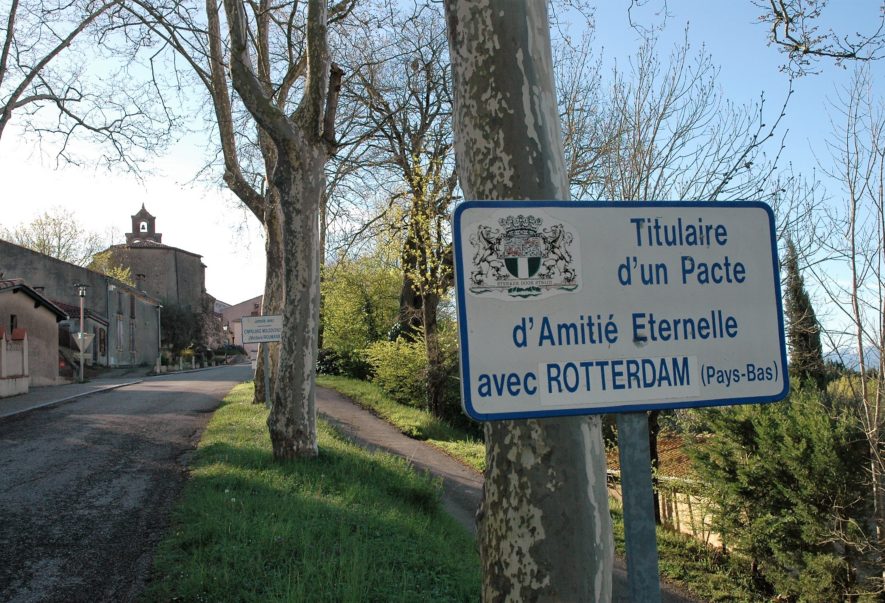 On Saturday 14 April, Siebe Thissen (head BKOR of CBK Rotterdam) and Ove Lucas (director CBK Rotterdam) gave the picture Jeune Pierre by the German artist Stephan Rinck on loan to the southern French village of Carla-Bayle. Jeune Pierre refers to the philosopher Pierre Bayle who was born in 1647 in the village and died in 1706 in Rotterdam. Bayle is seen as one of the most important pioneers of the Enlightenment. CBK Rotterdam organized an exhibition under the title in 2007 The stranger eleven artists realized work in indoor and outdoor space in the center of Rotterdam, referring to Bayle's ideas in which his plea for religious tolerance can be a beacon in turbulent times. Stephan Rinck made Jeune Pierre especially for this manifestation.

In addition to Thissen and Lucas, the Rotterdam delegation included social entrepreneur Erik Sterk, Nino Purtskhvanidze and Pieter-Jan Smit from the Aunt Nino stage on Noordereiland and René Bos from the public primary school Pierre Bayle in Oud-Crooswijk. In addition to the unveiling of the statue, it has been agreed with Mayor Jean-Luc Couret of Carla-Bayle that the two municipalities will declare a joint Pierre Bayle year in the coming year, with the symposium as the crowning glory Pierre Bayle et l'art protestant mid November 2019 on the occasion of the 30th anniversary of the Pierre Bayle Museum there. In addition, in collaboration with the artists' association Rue des Arts, work is being carried out on an exchange project and CBK Rotterdam is investigating whether, following the sign that the entrance to Carla-Bayle amitié eternelle (eternal friendship) also confirms such an expression of solidarity can come to Rotterdam. 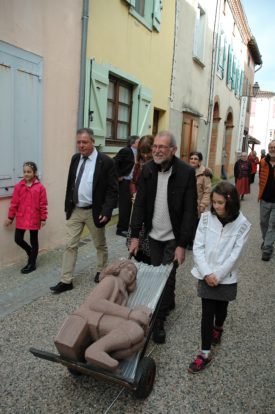 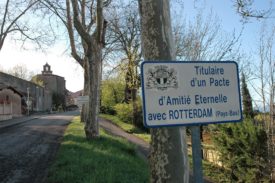 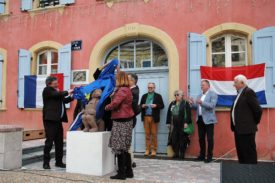 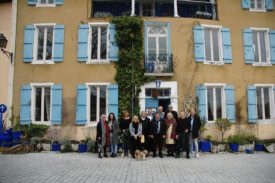