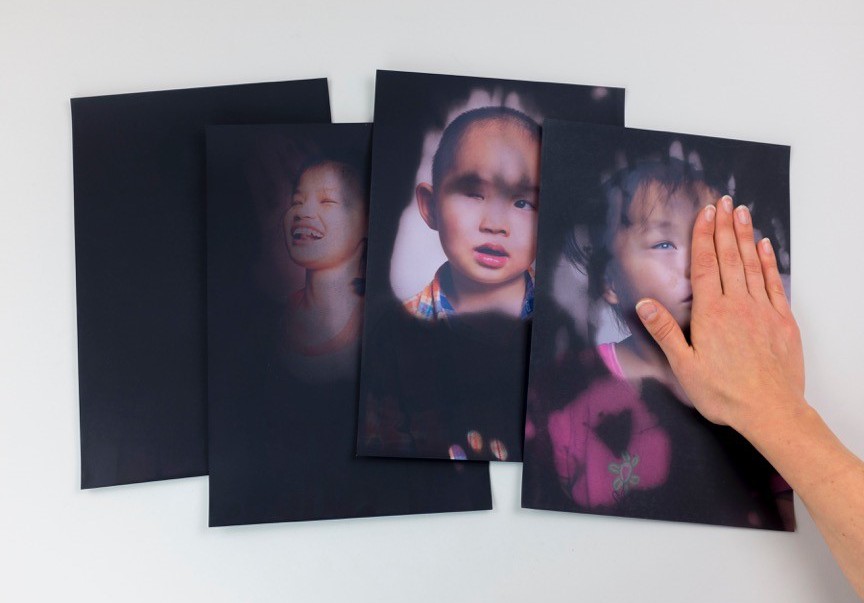 Carina Hesper received a loan through the CBK Fonds Kwadraat for her project Like a Pearl in my Hand. She recently won the European Design Awards for that project.

Artist and designer Carina Hesper and graphic designer Rob van Hoesel win with interactive and heat-sensitive book Like a Pearl in my Hand the Jury Prize and a Gold Medal at the European Design Awards 2017. Hesper made penetrating photographs of blind and visually impaired orphans in China. In Like a Pearl in my Hand she covered these portraits with a black heat-sensitive ink. The ink becomes transparent around 20 degrees so that the photos only become visible thanks to the warmth of our hands.

Last Sunday the award ceremony of the European Design Awards 2017 took place in Porto, Portugal. Like a Pearl in my Hand not only won a Gold Medal in the 'Miscellaneous Printed' category, but also won the 2017 jury prize from all categories and winners.

Carina Hesper unveils with Like a Pearl in my Hand a side of China, which usually remains hidden from the outside world. Many parents in China renounce their newborn child when they find out that it is visually impaired. This is a consequence of the one-child policy (formally changed to a two-child policy in 2015) and the loss of sight associated with having a child with a disability. Touched by the fate of these children, Carina visited various locations of the Bethel orphanage in Beijing, where she photographed children with visual impairments. 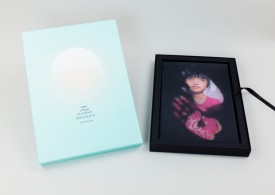 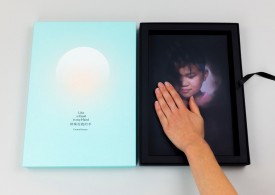 Like a Pearl in my Hand is a multi-sensory experience that stimulates social awareness. It is a limited and signed edition that contains 32 prints. All prints are completely covered with black thermochromatic ink. This ink becomes transparent due to the heat of a human hand, around 20 to 25 degrees Celsius. When touching the prints, the underlying portraits are revealed.

In Like a Pearl in my Hand its form and content brought together in a unique and interactive way; the blind children, their secrecy from society and the touch needed to see their portraits. The viewer experiences what it is like not to see. In this way it is actively involved in the fate of a group of vulnerable children. An inlay with two reflective texts by Bettine Vriesekoop and Hannes Wallrafen are included in the box, in both Chinese and English.

Carina Hesper challenges the viewer to become actively involved in her work, which often concerns people with a special or marginal position in society and vulnerable locations such as burned-down houses. This results in work on the border between art and design that is more confrontational than comfortable. It forces the viewer to take a position and to think about social issues and developments.
Hesper graduated cum laude from the ArtEZ University of the Arts in Arnhem. She has exhibited her work in the Netherlands, Belgium, Germany, Austria, Switzerland, Spain, Brazil, the United States and China. Hesper was also nominated for many prizes - and won several.
read more