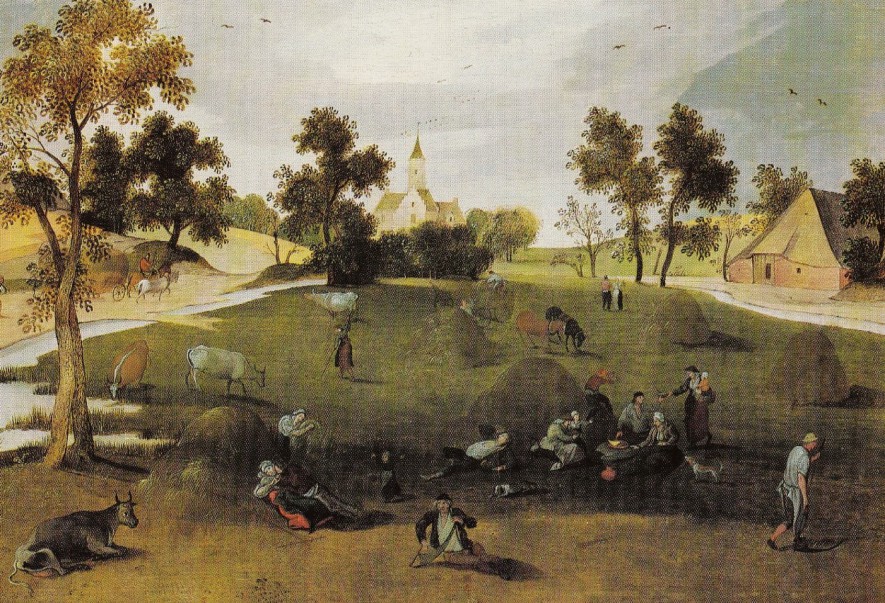 A romantic aura is attached to public space. That is not surprising. After all, the concept of 'public' conceals notions such as communality, hope, democracy, desire, possibility, potential and indefinability. The word is made up of the concepts of "open" (meaning naked) and "bar" (meaning carrying). So publicly literally means 'acting naked', a meaning that later evolved in our language to 'clear to everyone' and later to 'visible to all'. Public means that nothing needs to be explained. To nobody, because everything goes without saying. Our language understands the equally winged concept of space to mean the empty part of the universe, or the open sea, but also a place where people can move, and even more beautiful, the unshrunk. A utopian vista opens up in the combination of both words: public space offers no room for narrow-mindedness, public space is nobody's, accessible to all - it is a domain where we can move around naked and without hesitation.

But we look at the behavior of our species, the Homo sapiens, then we have to establish that we are at odds with public space. Since we left the forests and steppes of Africa 50.000 years ago, we entered a shrunken and limitless world in which we could move freely. That paleontologists nicknamed our species invader (that can be translated with intruder or attacker) should not be a surprise. Because everywhere we arrived, we brutally left our mark in the public space: Neanderthals were raped and cleared, large animals slaughtered and eaten, their burrows taken possession of and painted, and wolves domesticated for security services.

The advent of agriculture then introduced fencing, settlements, immovable property, power relations, slavery, religions and increasingly ingenious forms of surveillance, so that suddenly something in the public space had to be explained: here you can come, not here. Space was no longer inclusive, but exclusive: space became the property of a few. Public space now became the unused space, the space outside someone else's property, or spaces for which we had very little interest, such as deserts, jungles and polar plains - in the Netherlands the meaningful concept of 'onland' came into use. 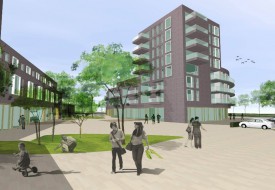 Our genetic compass also remained unchanged in the new world of fences, barbed wire and boundaries. After all, there was still something that we could call public space outside the domain of demolitions: the high seas, the onland, the sky. We became Crusaders, Explorers, Pirates, Missionaries, Migrants, Lebensraum Seekers, Land Occupants, Reclaimers, Dredgers, Miners, Tourists, and Astronauts - Hipster Equivalents of invaders. While we nestled ourselves at the top of the food pyramid, stormed the world, and succeeded in expanding our species in a particularly successful way, the public space misted into a desolate series of final spots on the maps in the Bosatlas. But the will for public space remained.

An interesting innovation took place in the thirteenth century. Would it not be possible to take unused land under common management ?, was the challenge. Normally the land belonged formally to the nobility or the church, but many grounds were not used. That is how the opinion came about (every city still has a street that reminds us of that find). These meanings or common grounds gave public space a new impetus. Two forms were dominant: open land extended over large areas and the right of use belonged to the residents of adjacent communities. Closed grounds were smaller in size and only family members of the owner or residents of a single village were given the right to use the land.

Although the open land remained the property of a gentleman, residents, laid down in a written agreement, were able to use the land and the forest to graze their cattle, to cut peat, and to gather wood, construction wood, nuts, mushrooms and acorns. Moreover, open land was not allowed to be fenced - this was the case res nullius, "goods and things of nobody." Historians also speak of it open access, an open, very flexible access to the space. For centuries this public space functioned very well. But in the eighteenth and nineteenth centuries there was increasing criticism. Open grounds were considered a medieval relic. Common use would prevent users from innovating and making the country more productive. In short, public access and commonality could only result in under-exploitation.

Private owners, local and national governments, fueled by enlightened, technocratic, profit-maximizing views, and furthermore supported by new strict legislation that worked to their advantage, insisted on the principle of open access ever further back. This was the age of the enclosures, the fences. Open grounds were transformed into factory sites, industrial zones and agricultural and horticultural grounds, the domain of large consumers of fossil fuels and suppliers of carbon dioxide. Although open lands still exist in Europe - including in Belgium and England - privatization proved to be a very effective tool in further demolishing public space.

In the light of the above comments, the fact that we still speak of public space in our cities today should be called a euphemism - perhaps a joke. That is why the avant-garde of the twentieth century criticized the demise of public space. Not only because privatization reduced commonality and thus considerably curtailed the possibility of joint resistance, rebellion and parties, but also because the dismantling of public space would lead to deadly dull, uniform cities from which all adventure had been banned. 19-year-old Franco-Ukrainian activist and poet Iwan Chtcheglov wrote his 1953 Manifesto for a new urbanism, in which he advocated more coincidence, play, adventure, love, art, poetry, and labyrinths in urban development. He dreamed of urban zones such as the Bizarre district, the Noble district, the Happy district, the Useful district, the Tragic district, the Sinister district and the Cosmic district. Nothing came of that, because the disciplining of the public space continued to pleasurably (street artists, urbex adventurers, directors of video clips and boat campers still chase the fringes of public space in Chtchelow's mind).

Floris Alkemade, the Chief Government Architect, says: 'Places where people meet each other in a natural way are rapidly declining. Shopping streets undergo a devaluation due to changing shopping behavior, former public buildings are often no longer accessible - just look at train stations. The importance is increasing, but the number of public places is decreasing. That is dangerous, because public space has a key role in combating unhealthy lifestyles and segregation. That view is shared by NRCcolumnist Bas Heijne: 'The battlefield in the Netherlands is not the public debate, in which things should no longer be said. The arena is the public space, in which freedom clashes with freedom '. In short, politics today consists of regulating collisions.

So there is only one solution: better design that trade! "A good design of the public space requires involvement of the designer," says Alkemade. 'How can that space be arranged in such a way that people have a reason to use it? I invite everyone to come up with better solutions. That can be pretty radical '.

Okay, I have one, no, I have two suggestions.

Perhaps it is high time to abolish the totally devalued notion of public space. Public space has become a design task, one object or design, something like architecture or fashion or nature management. As the opinion disappeared because that public space was not optimal enough, that is, it could not be exploited productively enough, so the last remnants of urban public spaces disappear because they yield too little, are not productive enough. Public space is a residual item, is assessed in terms of collateral damage as collatoral damage. Which child still dreams of a career in public space?

The last knights of the public space are residual products: addicts, people in probation and the long-term unemployed, recognizable by a broom, a hoe and an orange vest (an exception is the staff of transport companies and emergency services). It is therefore not surprising that the concept of public interior is popping up more and more (although the prefix public may, in my opinion, also be removed here).

I nevertheless endorse the Government Architect's aim. Cities with completely dried up public spaces or with identical, interchangeable trans-tourist spaces where only festivals still maintain the illusion of community are begging for new, radical designs. Not only from designers, certainly not (after all, they are partly responsible for the demise of public space), but especially from current and future users of that space. The Utrecht professor Tine de Moor, specialized in the history of the opinion, sees the enormous growth in the number of citizens' initiatives as new forms of communality and a new potential for the design of public space. As in the time of the opinion, are new negotiations and contracts conceivable that give shape and direction to a shared use of public space?

My second suggestion is the restoration of classical public space, as übergroots idea, beyond the fences of our urban agglomerates. In his last book Half Earth (2016) the famous biologist and ant connoisseur Edward O. Wilson advocates sacrificing half of the earth and reserving that part for nature, because mass extinction of species of life is in full swing today. Of course, the idea of ​​half a earth, in favor of biodiversity and therefore also our future, is primarily a polemic argument. But the enormous migration of people to cities, worldwide, ever smarter innovations in vertical urban agriculture, the sacrificing of livestock and agricultural land in favor of biodiversity, and the approaching stagnation of the number of human earthlings, make the vision of a new, exponentially increasing public space more than tempting.

Wilson detests the thought of it Anthropocene - the view that the human species can survive in a self-created and technologically driven environment - first here and after having used up our planet on Mars or elsewhere in the universe. But the biosphere is not ours at all, says the biologist. I would add provocatively to this, not even public space - this is what it is all about res nullius, goods and things of nobody. Because what does public space mean again: clear to everyone, visible to everyone, nothing needs to be explained.

Ladies and gentlemen, forgive me these edifying words, but a new humility is required: the cities may be ours, public space belongs to nobody. When this realization finally takes root, our children will again dream of public space.