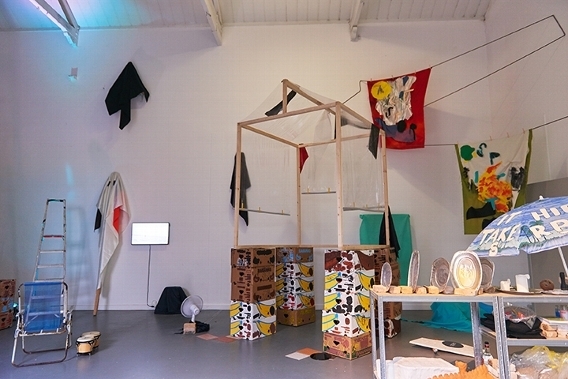 The Development and Research Grants scheme is aimed at boosting research and deepening, so that existing artistic practices can develop optimally and increase their visibility in the city. The deadline for the second round of 2017 is Friday 19 May 2017. The dates for office hours are 9 and 10 in May. (Note: participation in office hours is not compulsory, and has no influence on the assessment of the application.) Read more about the R&D application procedure on rotterdamsekunstenaars.nl

Natalia Sorzano
A study of magic (Surinamese Winti) as a starting point for certain cultural behavior compared to Western standards and perceptions, resulting in a sound installation.

Pilar Mata Dupont
Preliminary research for the development of a video art project between April and November 2017, during a two-month residency at the Wexner Center in Ohio, USA. The video project is based on statements by the female family members of the artist about the last dictatorial regime in Argentina.

Toine Horvers
A collection of concentrated descriptions of the movement performances and installations from 1979 to the present of the artist. The descriptions must be objective autonomous narrations by omitting all practical information.

Pendar Nabipour
Open Source Government; a project that makes it possible for citizens to participate in the structure of government and society by opening up legislation. For this the artist works together with Showroom Mama to be able to define a blueprint for the project.

Rory Pilgrim
Setting up a new musical work 'Erasure' that focuses on the effects of the threatening ecological 'disasters' on body and voice. The project will grow during a mix of exhibitions, collaborations, performances and assignments.

Robert Glas
A theoretical and visual research in preparation of a film, in which conversations are recorded with professionals who are engaged in using, developing and perfecting biometric identification.

Joana Chicau
A study with a new focus on systems of notation. With the intention to include both exercise scores and programming scripts. In addition, there is participation in a 'workshop' body awareness and movement that should provide new insights for research within this technological framework.

Cihad Caner
"DIY Survival Kit" examines the use of ordinary everyday and household objects in different contexts of civil resistance and how they are deployed and transformed. The research focuses on civil non-violent resistance that has recently taken place.

Marit Shalem
The development of an artist's publication 'StoryK', in which comic strips, texts and a series of edited photo montages are included based on a collection of storyboards and synopsis that have been produced to date.

Marielle Buitendijk
A study into the use of printing techniques in painting in order to make a shift from minimal to baroque images.

Katarina Zdjelar
A theoretical and cinematic research based on the remains of the dance 'Tanz für Käthe Kollwitz' from 1946 by Dore Hoyer.

Folke Janssen en Anita Hrnic
In the Corrupted Image project, Anita Hrnic and Folke Janssen talk to various artists, theoreticians, applied practitioners, etc. about their perspective on originality and representation in relation to their professional practice. These discussions will be designed in a publication and investigated for possible spin-offs.

Diana Roig
An investigation into making colors in an ecological way within the existing artistic practice and collecting color from unsuspected materials during a residency in Peru.

Seecum Cheung
A study that focuses on the (upcoming) elections in the Netherlands, France and Germany in which the increasing dissatisfaction within a rapidly changing political environment is sought.