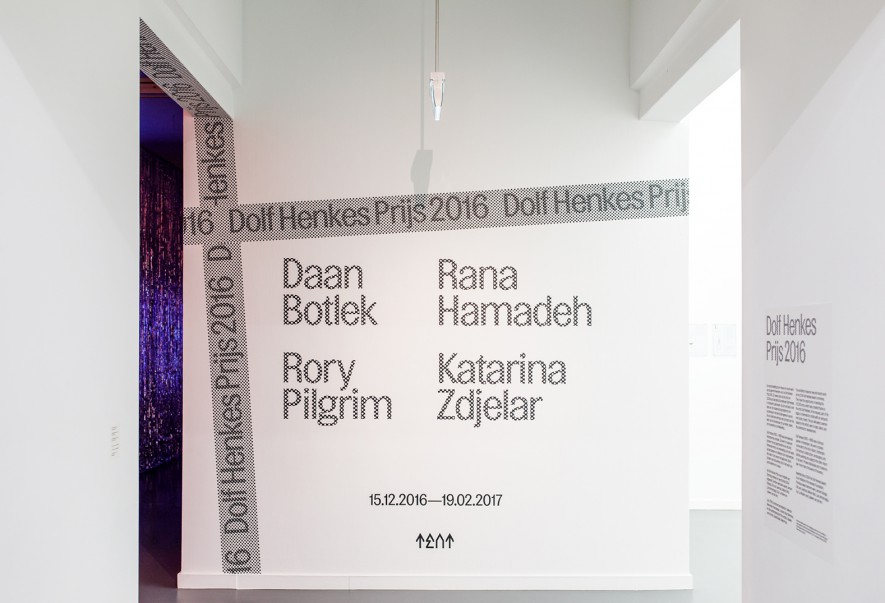 Rana Hamadeh. If it is up to Witte de With director Defne Ayas, she is the one who should win the Dolf Henkes Prize. She is biased, Ayas warns, because she has worked with Hamadeh a number of times. But that is allowed, because for this article we are looking for people who can express their preferences about the exhibition of the Dolf Henkes Prize. Ayas: “She is perhaps the most exciting emerging artist in Rotterdam now, ready for the next step in her career. It is time for her to receive the same attention here as abroad. ”This year Hamadeh will have a solo exhibition at Witte de With, where Ayas hopes to give new meaning to the making of an exhibition in the field of live work and theory. “Her qualities in directing film and live performances, her great theoretical power and her exemplary quality for establishing worldwide relationships in her work are addressed in this. It is a cosmos of theoretical references, from classical music in Arabic traditions, but combined with queer theory, which is explained in study groups, symposia, publications. ” 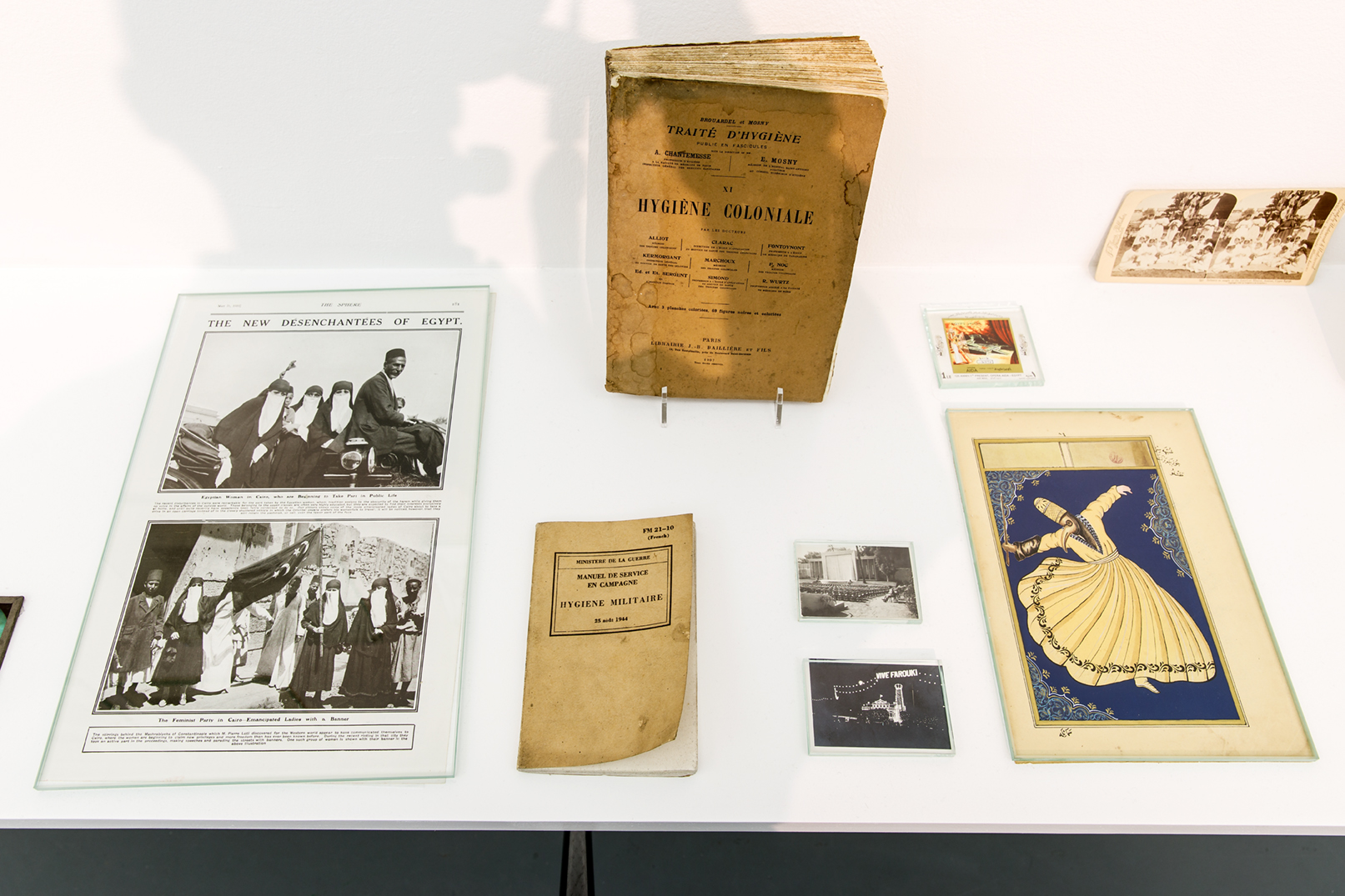 Hamadeh's work can now be seen at Ayas' downstairs neighbor TENT, where she is one of the four nominees for the Dolf Henkes Prize, a biennial prize for Rotterdam artists. Hamadeh is a rising star, but the other three artists are also by no means unknown, whose work can be seen in many places, and at the same time is often incomparable. It is a diverse jury, you think when you see the different artists side by side in TENT. Within those four it is Hamadeh that many people stand out. 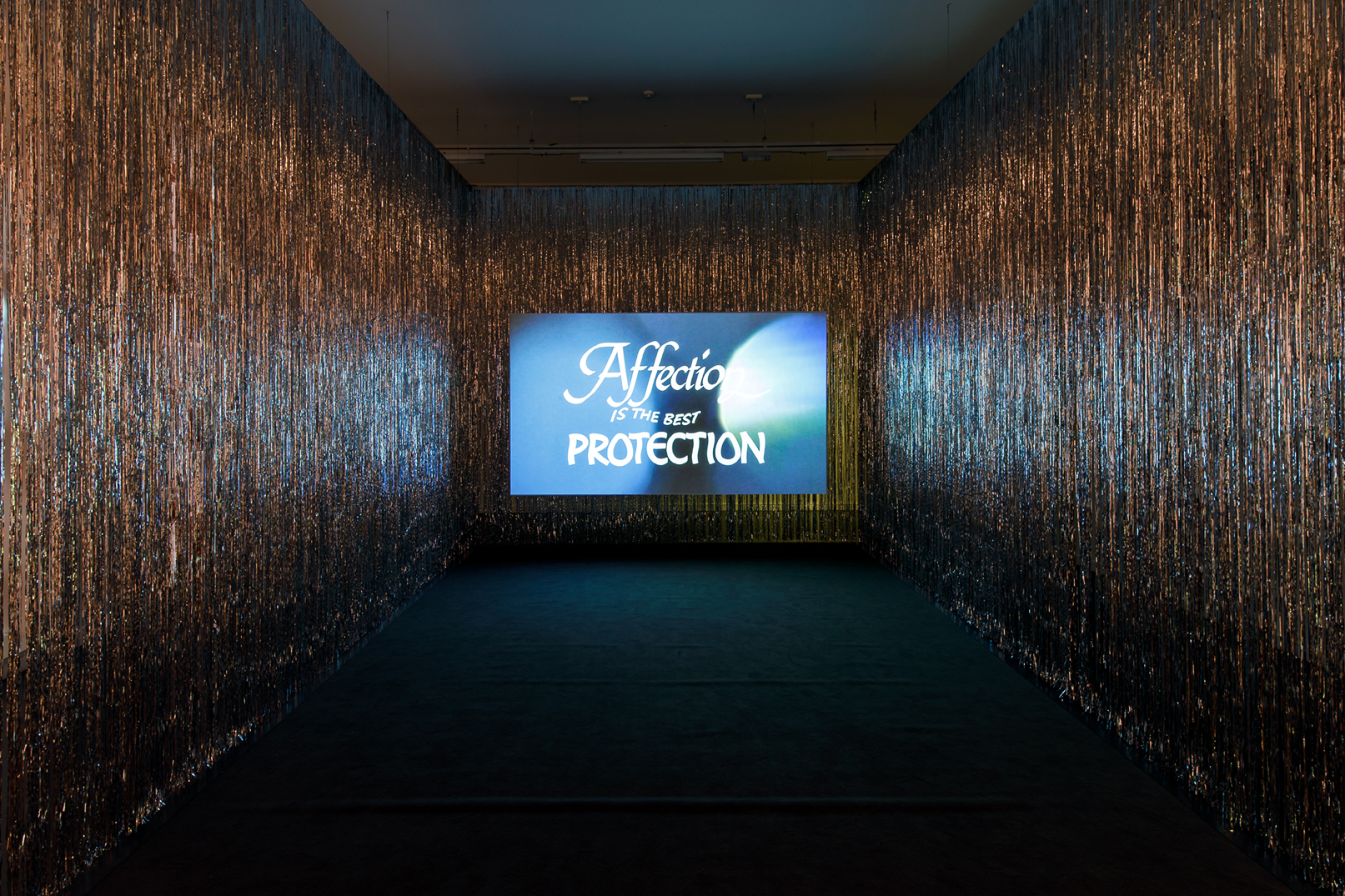 Art critic Machteld Leij, who seemed to have some doubts between Rory Pilgrim and Hana Ramadeh, finally chose Hamadeh as her favorite: “Her installation surprises you with the endless amount of material. There is text, image, archive material, a film. Find an entry and follow the thread of Rana's history lesson: colonialism, racism, sexism, criminology. The past is not over, or back. As a society, we still reap the sour fruits of the past. Rana makes that visible in her absurd film about two murderous Egyptian sisters, with her timeline full of newspaper clippings and old Christmas balls. With her attention to historical unraveling, she formulates a visual response to this serious time full of conflicts. "

The way in which Hamadeh makes all kinds of connections appears to appeal to many visitors. "The Dolf Henkes Prize 2016 should go to Rana Hamadeh," says Hugo Bongers. “She incorporates a large number of motifs into her installation in an intelligent, playful way. Themes such as postcolonialism, militarism, hygiene and contamination, (bloodletting, the plague doctor), cartography, history, the stranger, law as a system, Afrofuturism, etc. are processed in a beautifully designed installation. I am a bit dizzy, there are so many themes in this work and I do not immediately understand all the links between those themes, but the work makes me curious. The accompanying rather baroque film of a theater performance and the model of the performance that is also shown refer to a story about female serial killers, but also to gender, while Duchamp's Grote Glas plays a role. All of them enigmatic, but playful and not hard on the hand despite the heavy theme. A discovery, Rana Hamadeh, if there is no development potential in it ?! ”

It is a choice based on the exhibition, Bongers emphasizes. The jury has compared entire oeuvres, the exhibition visitor sees only a part. "I have just given the old-fashioned attention to the expressiveness of the works currently being shown in TENT," he says. He chooses Hamadeh but also the work of Daan Botlek appealed to him: "the playfulness of his work, the sense of spatiality, of dynamism and movement, the great city feeling that he portrays." 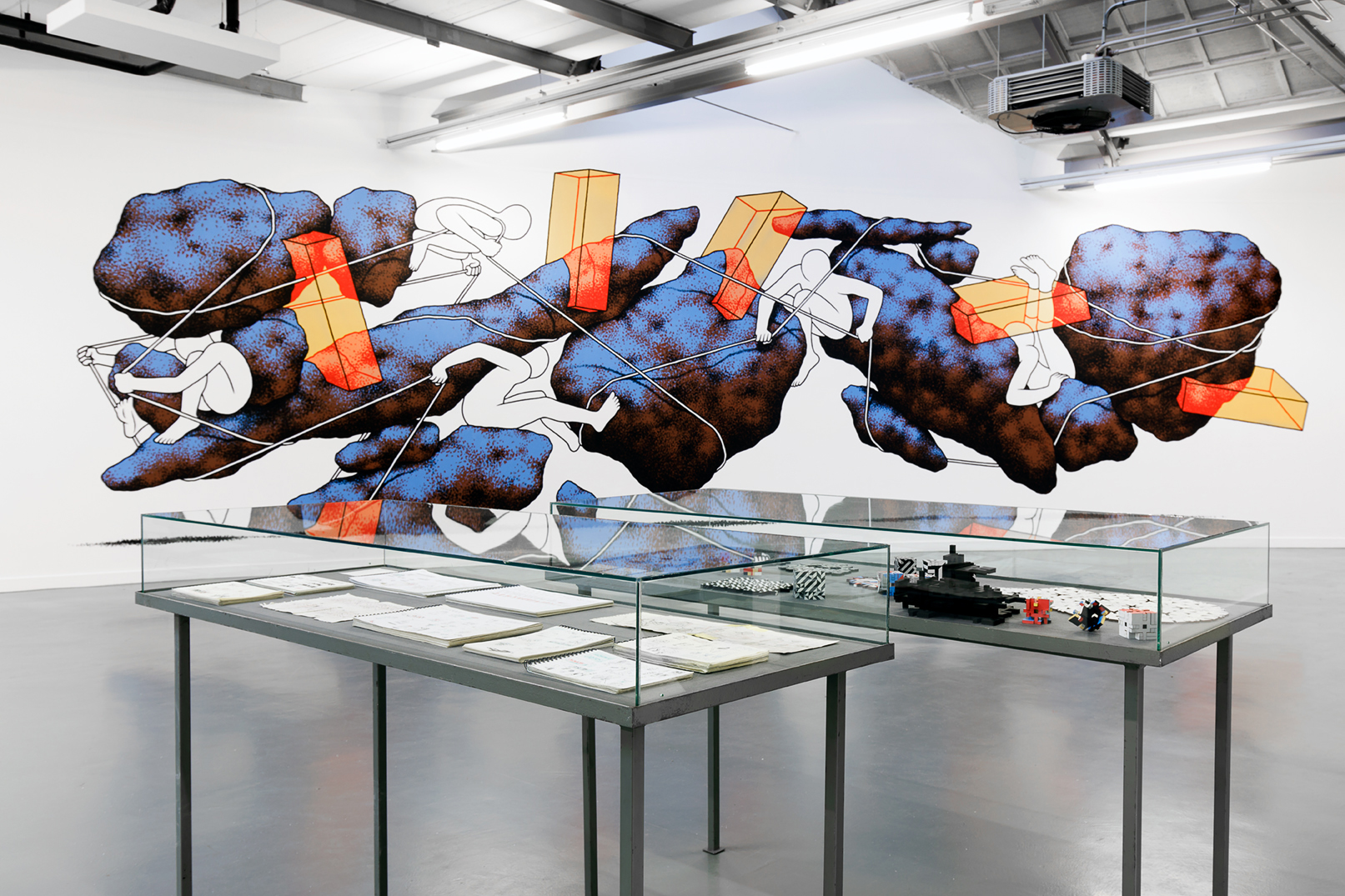 Of the four nominees, Daan Botlek is the only painter whose visual approach is clearly different from the other three nominees. It shows, it turns out. Richard Bennaars from De Herenplaats is enthusiastic about Daan Botlek's site-specific installation and the way it relates to the exhibition space and is built up in the room: “That movement with human figures in the space in which floor, walls and ceiling seem to be Simone Vermaat from the Netherlands Institute for Cultural Heritage also has a preference for Botlek. “I found it striking that all four artists demonstrate commitment from their very own perspective. My favorite is Daan Botlek, with his large appealing murals. He honors the motto of Dolf Henkes (presumably unconsciously): "A painting is for one, the wall is for all." That can be an unconscious tribute, it doesn't matter. Henkes, whose artistic legacy is managed by the RCE, is the name giver of this prize that is intended for artists who, like him, are Rotterdam and committed.

Rotterdam art is more multiform than in its time. And is now much more embedded in an art climate with local and international players. Hamadeh will soon be shown in Witte de With, an honor that was previously awarded to another nominee: Rory Pilgrim. "I find him a very special artist, surprisingly, in his combinations of music, song, text, image," says Julian Oggel. He is a fan of Rory Pilgrim, he admits frankly, even though he is not a big fan of video art. "In the exhibition I was particularly charmed by his newspaper and drawings, but I think the film also produces an enchanting result, with the open-mindedness of the people who play a role there." Oggel expressed his admiration for Pilgrim's work before because he is one of the six people behind the private foundation CoCA (Collectors of Contemporary Art), a club that annually commissions a work for a talented artist, and chose Pilgrim in 2013. “Rory looks for soft values. That is why there is poetry in his films and his other work. At the same time, however, he clearly wants to go somewhere, he himself and his work are also purposeful and in that sense rock hard. "

Pilgrim's presentation stimulates the senses, provokes curiosity, says Janneke van der Putten. “He creates situations and makes proposals that inspire hope in our individualized society, his work is about celebration and sharing, and about a very basic loneliness and desire. Rory's practice is strong because of his personal approach, which is embedded in a social commitment that I respect. " 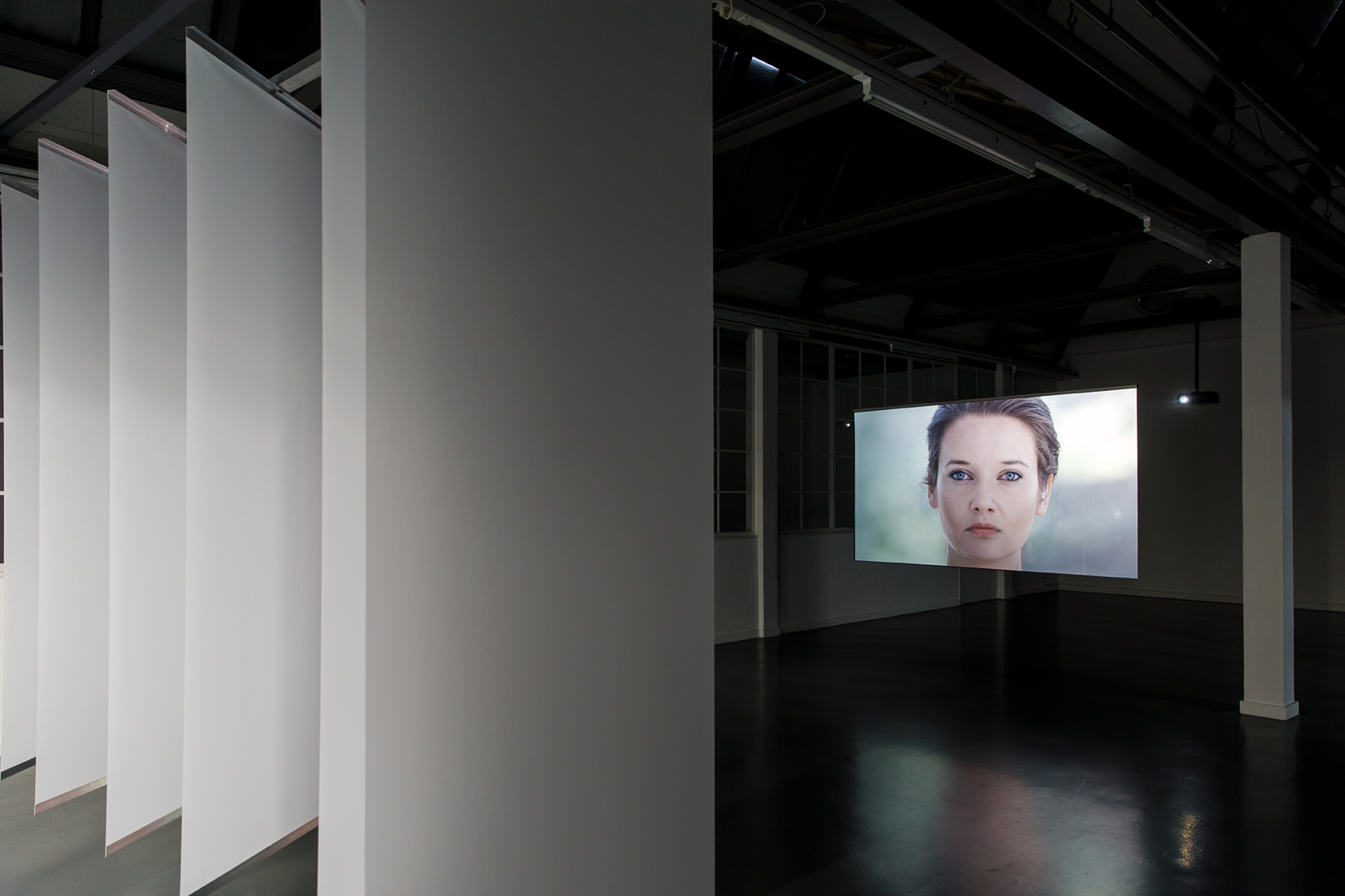 All four are artists whose work has already been shown in quite a few different places. Katarina Zdjelar has an international track record, but it was right here, in TENT, where a first major solo exhibition of her work was on display. “In the summer of 2008, I was sitting on a terrace with Katarina Zdjelar, and before I knew it, I heard myself invite her to a solo exhibition at TENT. She was less than thirty at the time and just finished at the Piet Zwart Institute; what inspired me I have never regretted it, "says Mariette Dölle, now director of Museum Kranenburgh in Bergen, then artistic director of TENT, who again emphasizes the importance of Zdjelar's work in this exhibition:" From her first to her last work you immediately recognize her unique artistry, and they are real Zdjelars: video and performance works in which people are filmed as bare as possible while singing, speaking and acting. They never do that spontaneously, but always in the context of a training, a course, a rehearsal or exercise. That 'framed' makes me aware that space for a truly individual self in our society is small and that we are formed much more by the rules of the context in which we find ourselves. An oppressive insight that requires liberation. "