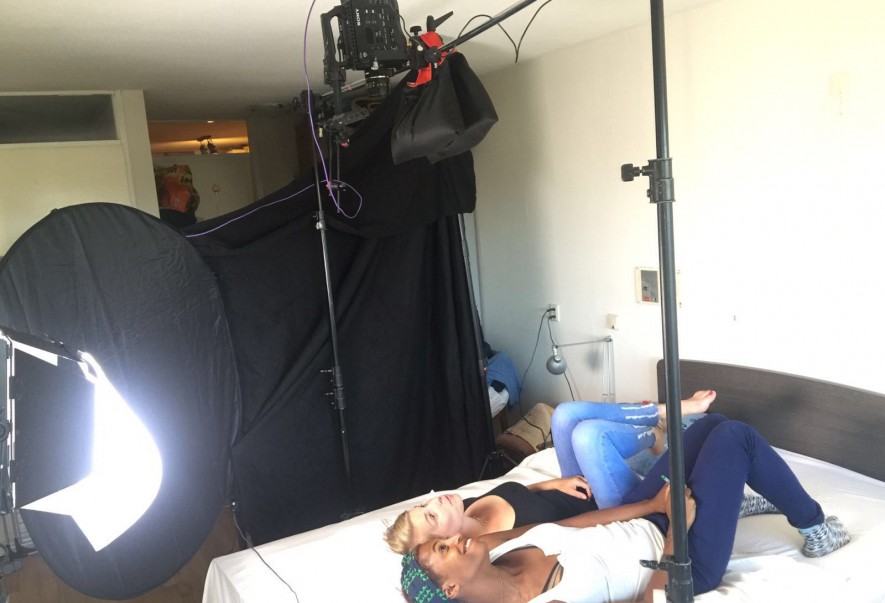 Lesbian, homosexual, bisexual, queer or transgender, with each sexual orientation seems to fit a label. But whatever label it gets, there is often a deep search for yourself beforehand. Making the series, Rotterdam Pride Life, was supported by an Incidental Contribution from CBK Rotterdam. Monica Verhoek spoke with the makers Shafelly Snijders and Hester Terpstra.

Donya is female, but does not feel like a man or a woman. The label that she gives herself is that of queer, non-gender. In the docu series on gender and sexual diversity she tells about her life and the process of coming out. About her discomfort in society, not belonging to the girls but also not to the boys. She asks herself questions such as: which toilet to choose when she goes to the toilet in the public space and what she should call herself. She talks about the group pressure at school and her final decision to no longer meet other people's expectations. A lonely existence that results in depression. Anyone expecting a heavy dark film will be disappointed. The stories of Salomon, Donya and Isis provide a picture of a search for their sexual orientation and for themselves. A difficult search, but in which beautiful friendships also arise.

The triptych is made with a poetic lightness in which the city of Rotterdam is central. For the films, the makers went looking for shapes and colors and buildings in Rotterdam that matched the characters. Filmmaker Shafelly Snijders: “In the film with Donya you see bright colors more often and we found the scene in the park to fit well. At Salomon we have shown the nightlife more. With Isis a lot of gold, black and white. In her film you see a shot in which you can see the Erasmus Bridge in the background from Noordereiland. The pillars of the bridge look like two ballet feet. We thought that was great as a background at Isis. ” 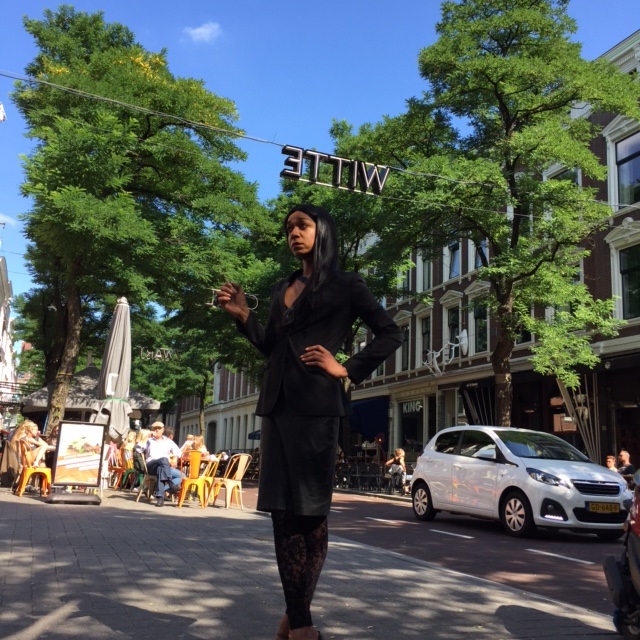 Hester Terpstra: “Shafelly and I wanted to make a cinematic film in which the emotional life of the characters had to be highlighted. All three films have a scene in which the main character lies on a pillow and thinks about himself. We call it the 'pillow scene' and it is the focal point in the film. ”

Shafelly Snijders continues: “We show different processes in the film. For the Jewish Solomon who grew up in the Second World War it was a taboo to get out of the closet also because he was growing up in another time and also for Isis it was difficult because her father was very strict. Isis was 35 years old when she only wanted to admit that she wanted to be a woman. It is important to live your own feeling. Isis was raised with the idea that she was worth nothing. Her father despised her; why didn't she play like the other boys? In the end, all three, partly or perhaps thanks to their life experience, became powerful personalities. ”

The film Rotterdam Pride Life originated in Hester because she was working on Rotterdam Pride. Discussions were organized there that included labeling your sexual orientation.

Hester Terpstra: “Labeling or not labeling? You have so much sexual diversity, does it always have to be labeled? More interesting is the process and the search for your true self. I wanted to make a docu series about the process of coming out. People with a different background and family. What is it like to be yourself? For the one very easy, for the other a very complicated search. We have done many interviews to find good people. Young and old and from different origins. They had to do well on image but also easily and dare to talk about themselves.

Shafelly Snijders: “Everyone with any orientation is looking for themselves. This film is also about daring to confront yourself. There are so many people who sometimes struggle with their femininity, both men and women. Donya also applies lipstick but does not associate it with masculinity or femininity. Which label fits this? It's about accepting yourself. "

Hester Terpstra: “I am a lesbian / bisexual myself and I was 18 years old when I came out of the closet. I was afraid that friends would look at me differently if I told them that I also liked girls. Maybe they would think that I would fall in love with them, which of course is nonsense. Fortunately I didn't lose any friends because of it. I can also find boys very attractive, but I really fall in love with women and generally feel better. I think it's a shame that I didn't have a role model in the past. I could not mirror anything. At the age of sixteen I met a girl who was a lesbian, but that was a very potent type and I particularly liked female girls. I didn't recognize myself in that. ”

Shafelly Snijders: “Some people take a lifetime to get out of the closet. We thought it was important to touch people and we wanted to show the power of the characters so that people could reflect on their stories. People with a different sexual orientation remain minorities and it is still striking when two boys walk hand in hand. Even in this time when everything seems to be accepted, it remains difficult to come out of the closet. Many people are struggling with a loyalty conflict to family and friends. You judge yourself, your upbringing and the things you experience. We wanted to show some kind of role models with this film. Or at least show that everyone has to go through their process in life and that you have to fight for your happiness, it is a birthright. The art is to discover who you really are. Whichever label is attached. "

View all episodes on OPEN Rotterdam