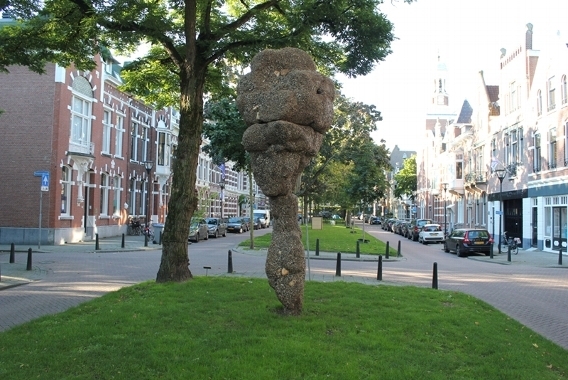 In the third round of the 2016 R&D scheme, 12 applications were accepted for a total amount of € 95.866. For this round, a total amount of € 46 was requested through 361.084 applications. Each approved application receives a contribution that enables the visual artist to further develop his professional practice. The Development and Research Grants scheme is aimed at boosting research and deepening, so that existing artistic practices can develop optimally and increase their visibility in the city.

The deadline for the first round in the following year is 27 January. The dates for office hours will be announced as soon as possible. More information

Awarded in the third round 2016

Madison Bycroft
Translating Medea, a project that asks how we relate to each other and the world.

Manetta Berends
Writing with Alternative Intelligence, a project to develop experimental typewriters based on text mining processes (extracting information from a large collection of textual data in an automated manner).

Arjen van Krieken
"Contemporary? City? And society? ', A residency invited by 53 Beck Road Gallery London to tell the story of it gentrification and identity. An investigation into the question whether art can expose the aspects of the character, nature or identity of a city or neighborhood and can answer the question: "What is the identity of a contemporary urban society".

Mitchel Kehe
Moments of being, an investigation into a personal experience of time in a series of digital video work, as described, among other things, in the work of Virginia Woolf.

Onno Poiesz
Functionless design, a working period in the EKWC in which two technical issues are investigated: 3D printing using digital files with which molds can be printed and large molds using air pressure.

Priscila Fernandes
Bou di Palo / Underneath the Tree, an experimental process based on previously acquired and collected knowledge and information about the language of forms in Curaçao, to process it and make it part of its own visual language from which it is expected that a criticism of labor, laziness and art production can be formulated.

Wouter Venema
W, a substantive and technical photographic investigation in which the theme 'disorientation and desert' is central.

Janneke van der Putten
Audio-visual performance: how voice and image become a space. A study in which the voice as an instrument, in combination with the image and sound archive of the artist, can be used as a starting point for an audiovisual performance.

Esme Valk
Frameworks of the Playground: in this research, the tension is central between the ideological idea of ​​the playground as a place to be autonomous and the physical design of the playground, which originated within the framework of the designer.

Eva Olthof
Listening to deep sound, a research period in which the auditory is used as a means to create new work in which the Meerapi volcano in Yogyakarta plays a role. Two months of part-time preliminary research and two months of full-time work in YogYakarta. The results are brought together on a vinyl plate with the corresponding art work.

Kari Robertson
Leaky Bodies, Vertical Horizons and Digital Transubstantiations, a project that investigates the relationship between the body and the digital with a focus on language, movement and gesture.

Gil & Moti
MG&M Collective, an experimental and creative collaboration with the Syrian visual artist who fled to Rotterdam Mosab Anzo. The goal is to create new work together: a very large painting and a two-channel HD video installation.