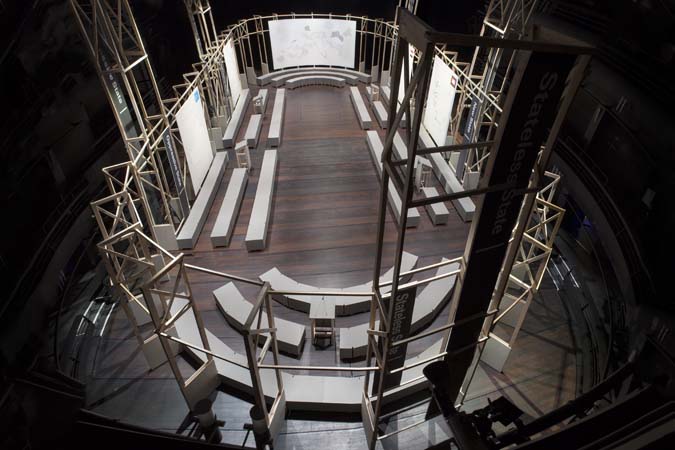 In 2014, Jonas Staal received an R&D contribution for his 4e New World Summit in Brussels. In the meantime, Staal is working on a new episode of The New World Summit in Rojava, Syria, with which he frequently received publicity. During the New World Summits, 'alternative parliaments' for stateless organizations are being prepared; representatives of regions such as the Basque Country, Azawad, West Papua and Kurdistan, but also organizations such as Women on Waves or Pirate Party Iceland are offered a temporary platform for debate and dialogue.