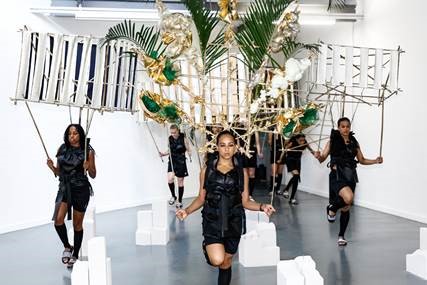 Continued in the summer of 2016
After the performance by Marga Weimans in the spring for Palais de Tokyo, TENT participates with a project from Authentic Boys in the Summer Carnival procession of David Bade for the Kunsthal Rotterdam. In parallel, TENT is developing an international youth project together with TATE Modern that will travel to London in the fall. DO DISTURB takes place from 8 to 10 April in Palais de Tokyo. The presentation of TENT is supported by the Dutch Embassy in Paris, CBK Rotterdam and The Art of Impact.