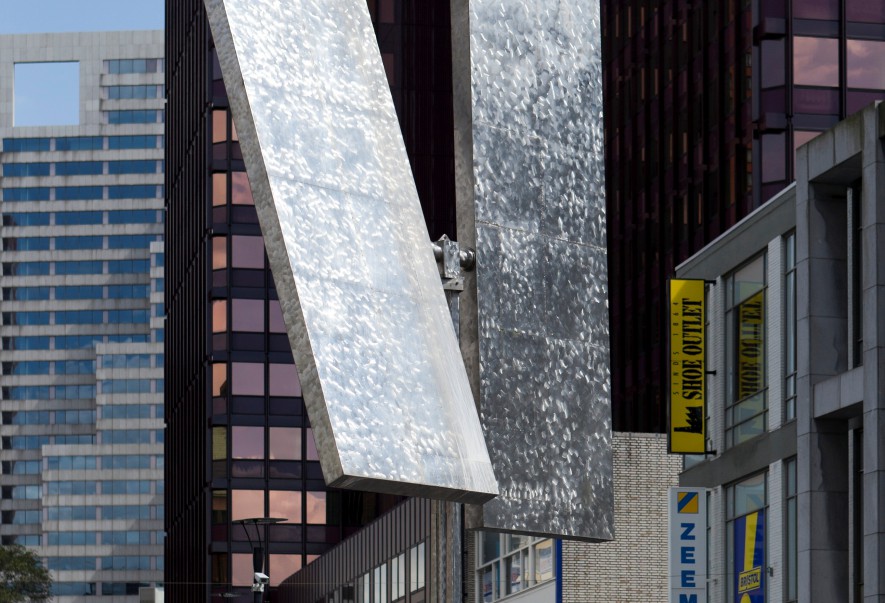 In April 2015, the work Two Turning Vertical Rectangles by the American artist George Rickey returned to Binnenwegplein. Unfortunately, the joy of seeing the square again was short-lived: the work was seriously damaged at the end of November. A truck collided with the artwork when supplying a store. The plates have become detached from the wings of the sculpture due to the damage. The strong wind that blew under the plates did the rest.

The artwork with the two rotating panels was gone for a few years, it was removed in 2012. High-rise buildings caused more turbulence and because of the raised floor area around the work, the work of art proved to no longer meet the safety requirements: At the lowest point, the panels were only 2,11 meters from the ground and posed a danger to taller passers-by. After lengthy research by the engineers of the municipality, the heirs Rickey and Sculpture International Rotterdam, the artwork was adapted and placed back on an 55 cm high base. The foundation of the work was also renewed.

It is currently being investigated what happened to the sculpture and whether the work can be restored.