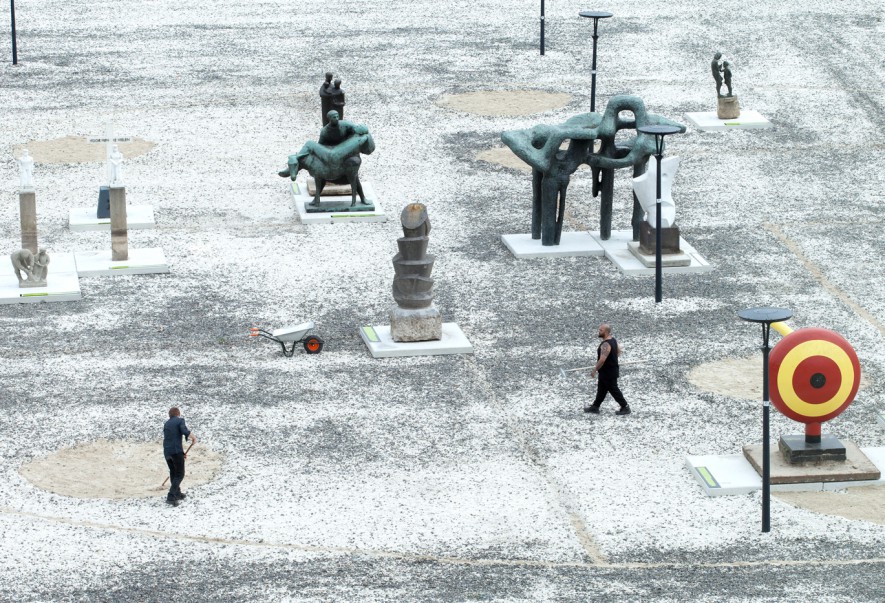 The destruction of the city center during the bombing of 1940 was the prelude to the creation of a fantastic collection of works of art in the city that are unparalleled in the Netherlands. Since 1940, the city has offered around two thousand works of art to the public, including monumental wall art, sculptures and murals. Not only architects and urban planners rebuilt the city, the artist was also always present and left his mark on the design and perception of the street scene deep into neighborhoods and neighborhoods.

However, many works were temporary in nature, disappeared due to demolition and new construction, were relocated or moved to depots. Uproot Rotterdam shows - for the first time - a series of forgotten, stored in depots or roaming images to the public. This presentation may have a casual and curious character, but by presenting the works in conjunction, at least one crucial aspect of the creation of Rotterdam after 1940 is exposed: the desire to speak about the city thanks to the visual arts and the story of To preserve Rotterdam for posterity. If Uproot Rotterdam expresses something then it is this: resilience, optimism, longing for the future and celebrating public affairs. So just Rotterdam.

Uproot Rotterdam A collection of artworks forms a temporary sculpture park this summer.