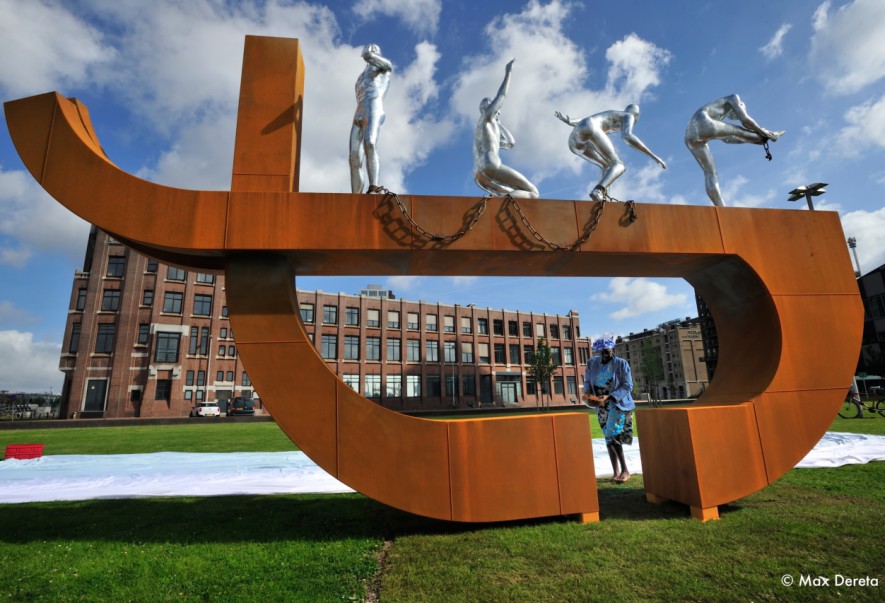 Jazz icon Marcus Miller paid a visit to the Rotterdam slavery monument on Thursday 9 July, the day before his performance at the North Sea Jazz Festival. 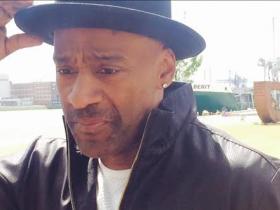 As a spokesperson for the worldwide UNESCO Slave Route Project, he spoke with jazz fans, students and students about how he views the history of slavery and its impact on the present. Miller visits the monument at the invitation of the Shared Shared Past Future Foundation foundation. View here the interview with Marcus Miller on RTV Rijnmond.

On 1 July 2013, in the Lloydkwartier in Rotterdam, the slavery monument was unveiled on the spot where ships used to leave for Africa for the slave trade. On 1 July 2013 it was exactly 150 years ago that the Netherlands abolished slavery. The slave trade was previously banned in 1814. The monument was created by artist Alex da Silva. It marks history precisely where slave traders traded their trade in firearms, earthenware and spirits to Africa. These loads were often exchanged there for slaves who were brought directly to Suriname and sold. The slaves did not come to Rotterdam itself.

The slavery monument is a citizens' initiative that was co-developed and produced by BKOR, CBK Rotterdam at the time.

Unveiling of the Rotterdam Slavery Monument The slavery monument was unveiled on Sunday afternoon 16 June.
Debate Slavery, Rotterdam has nothing to do with it Debate on questions such as: "Why is Rotterdam (n) involved with our colonial past?" and "Is the slavery monument a good way to keep the past alive?"