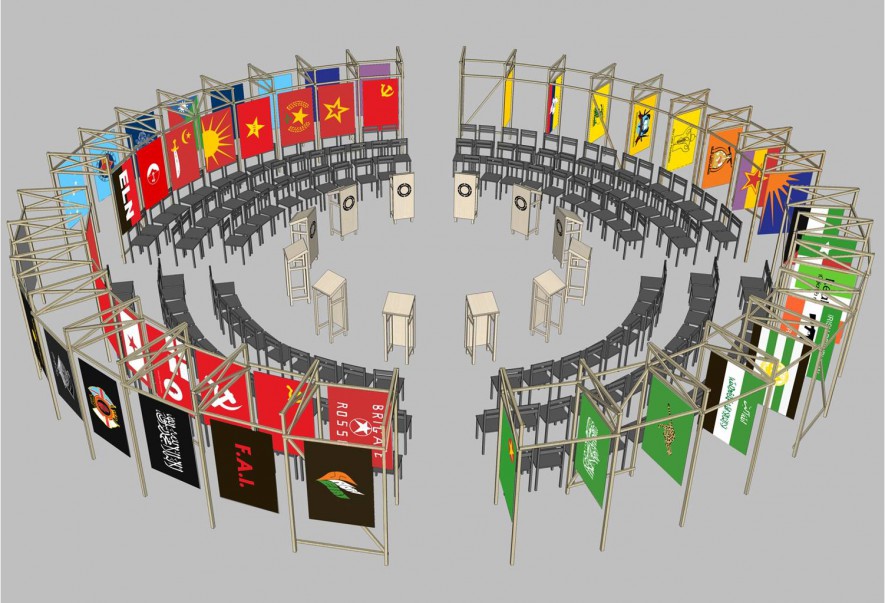 In the second round of the Development and Research grants scheme (R&D grants) 2014, a total of 11 applications were approved. Each approved application receives a contribution that enables the visual artist to further develop his professional practice.

The R&D grant is aimed at boosting research and deepening, so that existing artistic practices can develop optimally and increase their visibility in the city.

Hans Wilschut
The project City panorama Dom tower, where different perspectives such as historical layers are combined in a photo work to arrive at a hyper-realistic representation.

Lydia Weijers
Pics or it didn't happen, a study of the crooked growth between reality and reality in images and on the internet, with a pedestrian walk from home to Mont Blanc as part of it.

Lucas van der Velden
Dark Matter, an investigation into how source material can be structured into a meaningful visual voyage of discovery following a stay in Northern Norway and Russia.

Samira Benlaloua
Magazine from print to performance, a study of a performative live magazine that focuses on a fluid modern life.

Lucia Moreno
Incoming video call, an investigation into the relationship of a post-post modern society and the place where it has developed.

Wouter Sibum
Ontology of objects in public space, a project that looks critically at the design of public space.

Marcel Suurmond
Nature, as it is intended, a study into the aesthetics of urban vegetation.

Anouk Griffin
Jakobstova-Rotterdam, a project about the question of the meaning of a drawing.

Edward Thomson
Faith and productivity: a game in the forest, a narrative study of the forest system in Sweden and in a broader sense about belief systems in general.

Jonas Staal
4e New World Summit: Stateless State. A new investigation that aims to result in the first parliament in the world for stateless organizations.

Timmy van Zoelen
The temptation of unreasonableness, an ecological search for, among other things, technocratic fascism in and around the Casa del Mutilado in Palermo to develop a film noir.

The Development and Research Subsidies scheme (R&D subsidy) is aimed at boosting research and deepening so that existing artistic practices can develop optimally and their visibility in the city can be increased.
The R&D subsidy is a subsidy scheme for individual artists, applications with a collective character or objective fall outside the scope of this scheme.

Book Launch R&D publication The publication on the Research & Development scheme of the CBK Rotterdam will be presented on 1 March.
R&D honored In the fourth round of the 2014 R&D scheme, a total of 13 applications were approved.
Submission days for 2015 R&D applications Submission dates and consultation hours R&D contributions