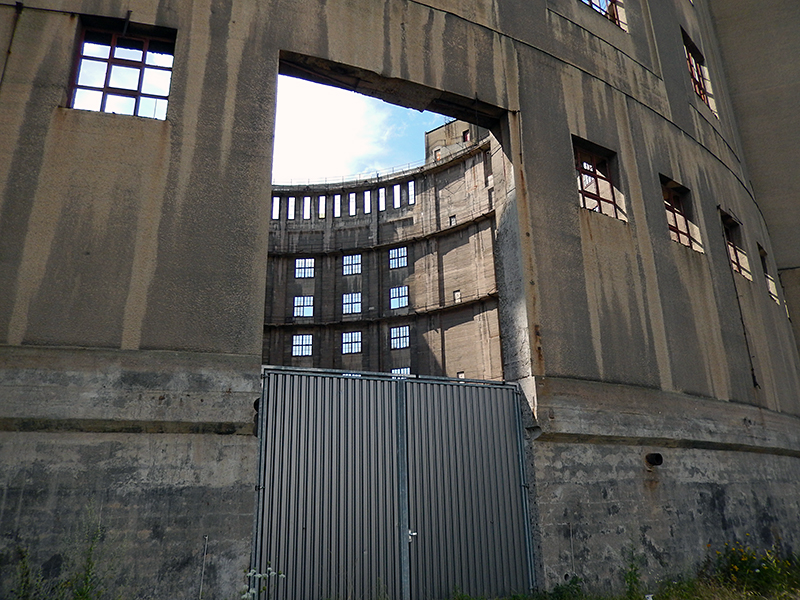 Artist in residency in Dresden

The residence period is half a year (1 July to 31 December 2014), a shorter or longer period is not possible. Workshop, accommodation, travel and transport costs are provided. Earlier, Hidde van Schie, Sandro Setola, Ana Fernandez, Esmé Valk, Lieke Snellen and QS Serafijn, among others, stayed in Basel.

Facilities
Studio in the center of Basel, on the west side of the Rhine, on St.Alban-Vorstadt, at the foot of the Wettstein bridge. Work and living space, first floor with spacious entrance, own kitchen / bathroom, surface area around 72m2, in studio complex (with total 4 guest studios) of the CMS / IAAB (info: www.iaab.ch).
Workshop rent and basic energy costs are provided. In addition, an amount of approximately € 8000 is available for the entire period of 6 months for accommodation, travel and transport costs. The costs of telephone and computer use are at the expense of the artist and are calculated separately afterwards (na Switzerland is an expensive country, in particular public transport and catering; the available budget is adequate but tight).

Conditions
Only artists who are registered at the Center for Visual Arts Rotterdam are eligible.
The guest artist signs a binding accommodation contract with the CMS / IAAB beforehand.
Afterwards a written (N / E) and visual report of the experiences during the guest stay is requested to be used for any public publications.
Good command of at least the English, German or French language is highly recommended, the borders of Germany, France and Switzerland cross the city of Basel.

Selection procedure
Summary A4 documentation, preferably photos or prints / copies (also in the case of videos, etc.) - no originals -, CV + short motivation (N / E) and provided with clear name and address (also on the envelope!) And e-mail details: send before Saturday 22 February 2014 to:

Only documentation with sufficient postage in an addressed return envelope will be returned after the selection. The Kaus Australis Foundation can in no case be held liable for damage or loss of documentation etc. Even if sent by registered mail, it is advisable to inform by e-mail or telephone whether your shipment has been received (010 2180732 or 06 51342315).
Judging takes place at the end of February - beginning of March 2014 by a commission to be assembled. The result will then be announced to all participating artists as soon as possible.

“Basel is an interesting city for an artist. The city lies at the tip of Switzerland close to France and Germany and these two countries can therefore be easily reached by bicycle. The city is relatively small, with only a third of the inhabitants of Rotterdam, with a historic city center, beautifully situated on the River Rhine. Because the Rhine is still relatively narrow there, both riverbanks are equivalent and the city, like Rotterdam, has a center that is clearly situated on one side of the river. In addition, partly due to the short distances, the suburbs are clearly involved in the city.
Basel is best known among artists as a city where the world's largest art fair is held once a year. What is going on in Basel for the rest of the year is virtually unknown. My experience with Basel is that there is a close-knit dynamic art scene from very internationally oriented artists who also understand and support the power and necessity of a qualitative local art activity. Although artists nowadays travel a lot and show their work internationally, they still need a permanent home base where they can produce their work. The interesting thing about Basel is that, although it is not a metropolis such as Berlin or New York, this says nothing about the quality of the offer, at most something about the quantity and that both are surprisingly high in Basel.
The small artists' initiatives such as New Jersey with a small location also stand out internationally because they clearly represent a local group of artists.
There is a lot of cultural activity and during the week there are many opportunities to visit openings, festivals and concerts. The most important thing for me personally was that a city does not have to be large to excel in certain things, but that a cultural scene is mainly supported by local people who are passionately committed to this, and thinking of Rotterdam I found that recognizable on the one hand and at the same time something to keep in mind. ”