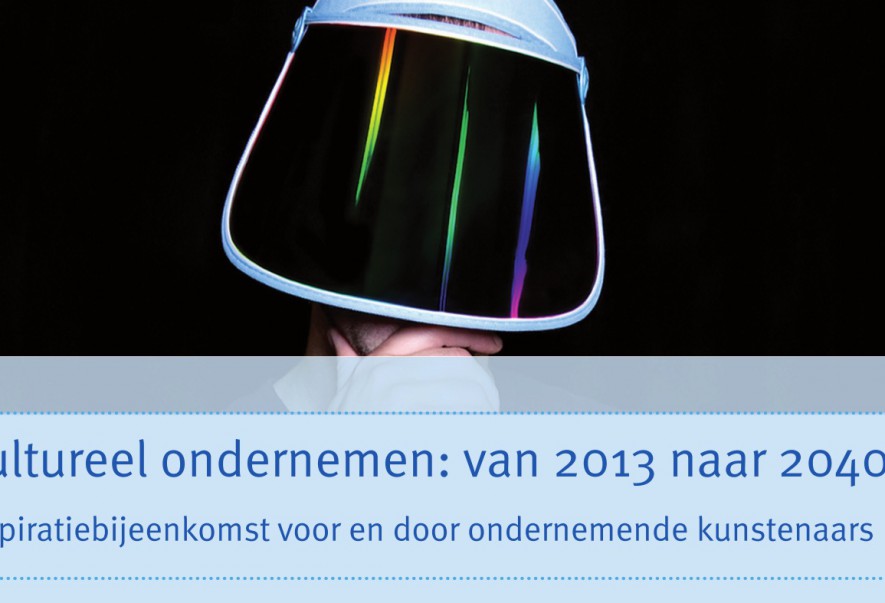 On 4 June 2013, under the title Cultural enterprise: from 2013 to 2040, an inspiration meeting took place for and by enterprising artists.

The combination of successful entrepreneurship, without any artistic compromise, is this possible? This question was central during the panel debate - moderated by Hugo Bongers, lecturer in cultural diversity at the Willem de Kooning Academy - in the fully-filled auditorium of TENT. The three panel members at the table on the stage were visual artists Florentijn Hofman, Gilbert van Drunen and Robert Rost. Present on the '1e row' were, among others, Ivo van den Baar of Wandschappen, Zelda Molenaar of De Z of Zelda Concepstore, Sander Zweerts de Jong of sandersgeluk, Ashley Nijland of RAAF Rotterdam, and Rabin Huissen & Robert Stroomberg of Corsage-Studio.

Just like many other cultural institutions, the CBK had to cut spending. The now reduced CBK focuses on three programs: presentations in TENT, art in public spaces, and thirdly the art office. Where possible, the latter gives the artist a boost, for example through research and development grants, through artist in residencies, and assistance to starters. In addition, cooperation is sought in the city to come to events, meetings, debates and deepening. We were happy to accept the invitation from Bengü Manjeet-Özcan from the Chamber of Commerce to organize an evening together about artist and entrepreneurship.

Bengü Manjeet: “We want to organize meetings to inspire and transfer knowledge. (…) We want to show what the Chamber of Commerce can mean now that artists are required to register. ”