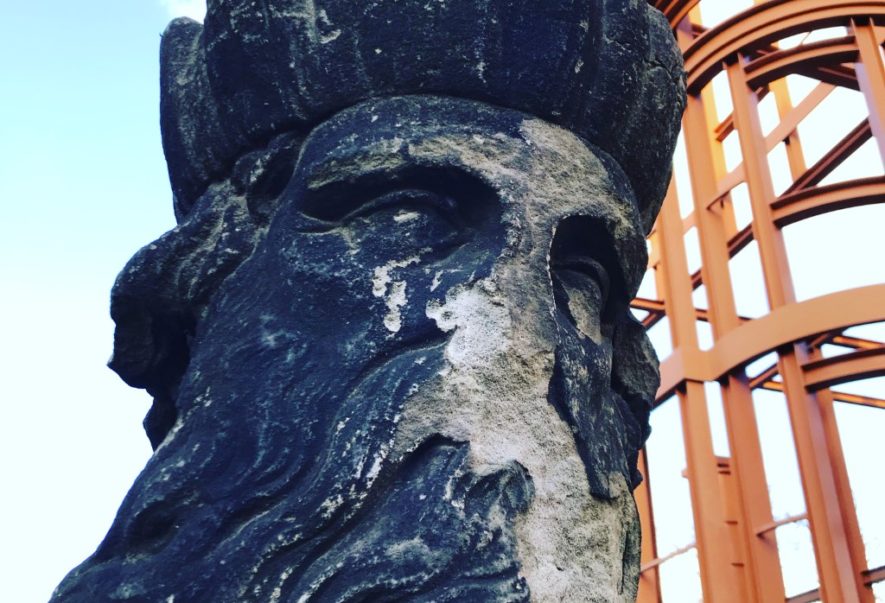 “In the middle of the river

we float on our bellies,

halfway between the bottom and the surface.

At night, with the full moon and the clear sky,

we look at the hulls,

backlit, they go through us.”

The torse of the Maasgod is one of the few elements that last from the sculpture group that used to be on top of the Delft-Gate realized by the sculptor Josephus Gillis in the 18th century. Destroyed by the bombing of 1940, the remains of the sculpture, since 1995 are part of the Nieuwe Delftse Poort, relized by Cor Kraat. This monument is a cross over of concepts that challenges disciplines and formats: it is a sculpture, a museum, a drawing, a maquette for giants.

Working on the Maasgod, Simona Da Pozzo and Roberto Fiorentini join this Matryoshka, this flow of artists who work in/on the works of others to create new stratifications and stories.

Now the waters that flow through Rotterdam are called Nieuwe Maas, because the river that feeds them is no longer the Maas but the Rhine.

Starting form this and other suggestions, Simona invited Roberto to look for the voice of the Nieuwe Maas together in the frame of Hacking Monuments research. They worked on the water more as a space of listening than a sound. They focused on water as a memory device: as chemical structure taking a specific shape in base of the events it pass trough, as suggested by the photographic research of Massaru Emoto, and as physic dimension where the same sound travels far for years at nearly at 5000 km per hour.

Their dialogues and walks led them to draw not only a sound but first of all a position in the listening, resulting in a “listening performance” and an intervention in the public space.

The work is dedicated to the river denizens.

The project has been created in the frame of the Residency … at the Waterfront, in the frame of State of the City project, thanks to nctm e l’arte: Artists-in-Residence grant from Nctm Studio Legale. 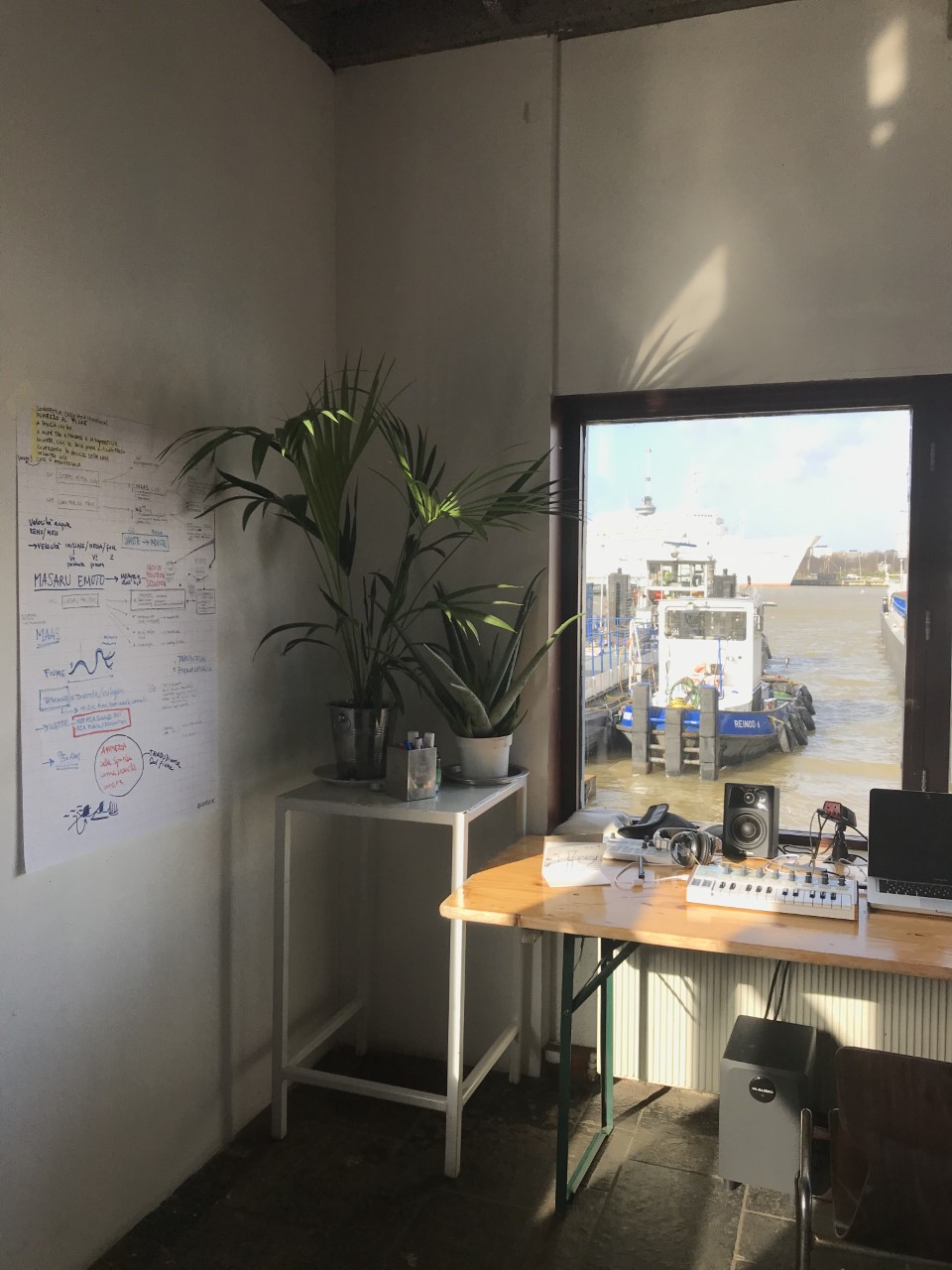 Simona da Pozzo
Art-practice based researcher born in Venezuela, Simona lives between Naples and Milan where she’s member of the Ex-Voto (Association for Radical Public Culture) and runs VEGAPUNK space&time.

She has taken part to a number of residencies and collaborative projects in different countries exploring visually and relationally hierarchical and horizontal structures. Her work is time-based and has been influenced by her studies and researches in cinema and performance.

Her work is time-based and has been influenced by her studies and researches in cinema and performance. Her research happens mainly in the public sphere resulting in videos, photos, object, installations and books. Her work has been exhibited throughout Europe, America and in the East, both in underground and institutional frames as :Museum of Contemporary Art Caracas, Moscow Museum of Modern Art, Museum of Oriental Art Turin, YBCA San Francisco, CCI Fabrika Moscow (RU); Biennial of Cotemporary Art of Merida (Venezuela); Hong Kong Space Museum; Experimental Media and Performing Arts Centre, New York.

Roberto Fiorentini
Roberto approached classical music at a young age, combining his piano studies with the use of early personal computer software. His artistic production evolved towards contemporary music and, at the age of 17, he won the “Arezzo Wave Contest”, the most important contest for emerging musicians in Italy. This event led to a long-term collaboration with the staff of Arezzo Wave, during which Roberto took on managerial roles in the production of artistic and musical productions. In addition to the albums published with a number of bands, he also started collaborating with the Italian Radio and Television Broadcasting Company, and today has a collection of 800 compositions. His interest in applied arts and technology also led him to the creation of theatrical stage scenography and exhibitions.

He is currently working together with Simona Da Pozzo in activities that explore the possible interactions between the public at large and artworks.